In the statement released, Sen. Murray-Bruce said Kashamu died at the first cardiology consultants, in Lagos.

The announcement of his death is coming barely a year after he buried his mother.

Who was Buruji Kashamu

Sen. Kashamu was an entrepreneur and politician from Ogun State. He contested for the last governorship election in Ogun State but lost to gov. Dapo Abiodun.

Kashamu became the senator representing the southwest Ogun East senatorial district under Peoples Democratic Party but was removed in 2015 by the tribunal.

The court ruling was challenged at the tribunal, and Kashamu’s victory was reaffirmed, and he was in office from 2015 till 2019.

The U.S authorities accused him of being a drug lord before he allegedly escaped back to Nigeria.

He was as well indicted in 1998 on charges bordering conspiracy to import and distribute heroin after twelve other suspects arrested confessed to his involvement.

He was also caught with $230,000 in cash the same year in the U.K. by the U.K. police and was held for five years as Kashamu challenged extradition requests from the U.S. authorities.

He was freed in 2004 and came back to Nigeria soon after.

EFCC chairman, Ibrahim Magu has reportedly been arrested It’s been widely speculated that the chairman of the Economic and Financial Crimes Commission (EFCC), Ibrahim Magu, has been arrested and is in the DSS’s custody. Read Read more… 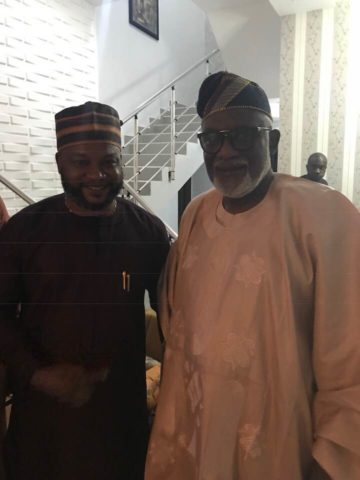