Nigerian artiste, Naira Marley is reportedly negotiating an out of court settlement in his alleged car theft case.

Naira Marley and two of his brothers  are facing a four count charge including assault.

The Magistrate court in Lagos had threatened to issue an arrest warrant if the defendants are absent in court on or before the 14th of January 2020.

According to the court document, the defendants are Kunle Obere, 22, Babatunde Fashola, 24, Idris Fashola, 18.

Naira Marley was ordered to appear in court on the 31st of December 2019, after he was absent in court at the start of his trial.

The defendants were granted N500,000 bail pending further hearing of the case.

It was alleged that Naira Marley and the other defendants stole a Toyota Camry with registration number FEE120AAA.

Naira Marley denied the allegation, describing it as a fake news and an attempt to tarnish his image.

It was further alleged that Babatunde Fashola and others at large obstructed the police from arresting Naira Marley.

Yoruba actor Ibrahim Chatta welcomes a baby girl The actor took to social media to announce the news.  In a post on his official instagram account, Chatta announced the birth by saying  AlhamduliLlah… And it’s Read more…

Davido and Sophia in a messy social media fight Nigerian star Davido and his baby mama, Sophia, took to Instagram to air their dirty laundry. The drama started after a photo of Sophia on Davido’s Read more… 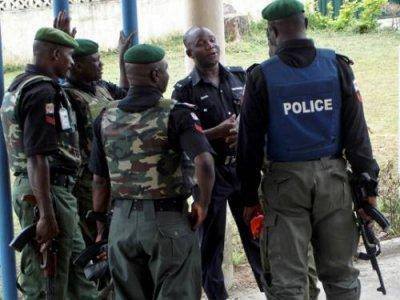